The Omadhoo island is about 3 sq. kilometers with under 1000 residents. Maldivians are reluctant to leave the territory of its atolls, so islands like Omadhoo have fully preserved the ancient way of life and traditions of its nation, carefully passed down from generation to generation.

The house reef surrounding the island is pure and innocent with great live corals and amazing marine life, perfect for snorkeling and scuba diving. The island’s southwest beach side ends with an extraordinary, beautiful sand narrow.

Almost 60% of the island is covered with tropical vegetation such as breadfruit and coconut palms. The western part of the island could be called a real ‘jungle’ due to a rich abundance of large banyan trees and tropical palms. 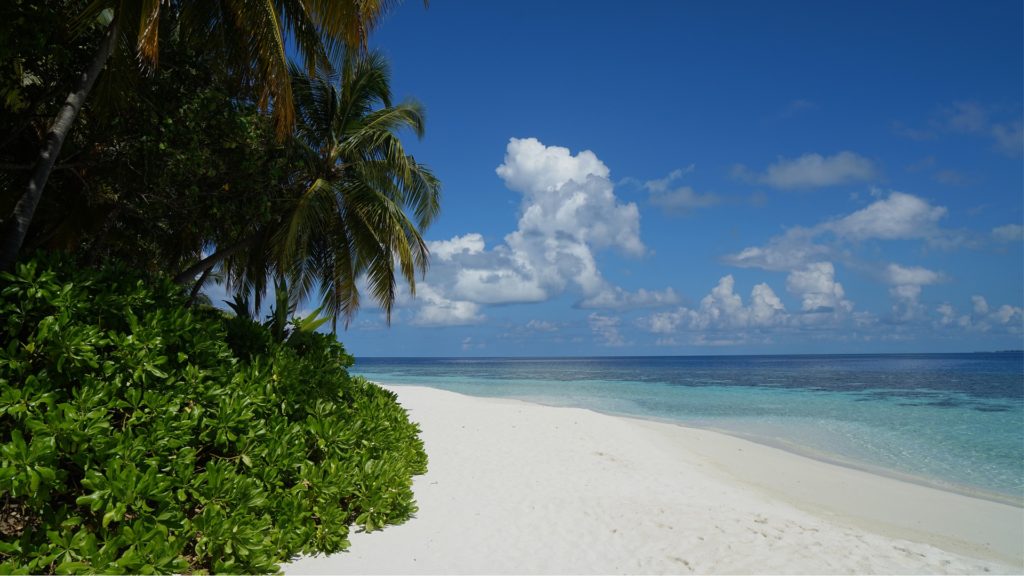